Nina Lakhani reports on Central America for the Guardian, BBC, Al Jazeera, Global Post, the Daily Beast, and elsewhere. She previously worked for the Independent. She is based Mexico City. 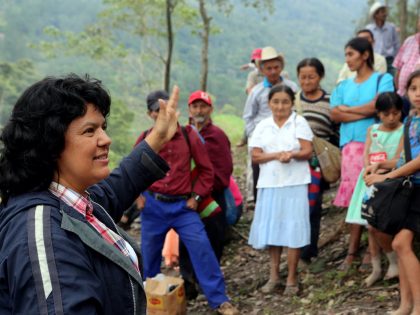 For Murdered Honduran Organizer Berta Cáceres, “Any Injustice Was Her Battle”

Honduran activist Berta Cáceres was murdered in 2016 during a fight against a hydroelectric megaproject. In a Honduras characterized by corruption and impunity after the 2009 US-backed coup, the murder was the grand finale of a campaign of terror and violence against activists like Cáceres.