A professional engineer who applies project management strategies to her search for love; an event planner who designs weddings that pay tribute to the singular story of a couple’s romance, a story she will also write for them; a businessman whose firm suggests his wife and children comple­te a performance review of him as a parent to determine how he can be a better father — and therefore happier, and therefore more productive. These are the subjects of Arlie Russell Hochschild’s brilliant but flawed The Outsourced Self: Intimate Life in Market Times, a study of the commodification of family, friendship, and love that falls somewhere between scholarly analysis and pop sociology. If you’ve ever wondered what kind of party someone who specializes in “message platform and rebranding” would throw, read on.

Hochschild first coined the term emotional labor to describe the exchange of a socially desirable performance (“Just smile, honey”) for a paycheck. Her landmark 1988 work, The Second Shift, examined the stalled revolution that made employment outside of the home mainstream for American women while leaving them with the lion’s share of housework. A spiritual sequel to The Second Shift, The Outsourced Self is about the psychological and financial contortions that people go through to make the free market work in practice as well as in theory. Fortunately, it’s not the brooding misadventure in psychoanalysis that the title may suggest.

Hochschild is primarily concerned with the changing landscape and terms of service work — who does it, for whom, for how much, and why. Here, she takes the same documentary approach to market relations (what she calls “intimate life”) as she did to the study of the feminization of the labor force, using as a starting point not data but experience; the deceptively individual arrangements of everyday existence that, when assembled holistically, reveal the systemic contradictions at the heart of capitalism.

Once again, she’s done her homework. The Outsourced Self brings together hundreds of recent interviews conducted with wage earners, consultants, patients, and patrons engaged in all facets of the rapidly evolving and extraordinarily specific service industry. Familiar fields such as counseling, domestic work, entertainment, surrogacy, and end-of-life care are represented; as is a new wave of personal service providers dedicated to giving clients entanglement-free support in the special tasks that occupy our modern elites: determining what they want and reframing it into something achievable, identifying the most auspicious name in the family tree to hand down to future generations of visionary executives and entrepreneurs.

Weaving these accounts together with her own struggle to care for her aging Aunt Elizabeth, Hochschild laments that the intimate needs formerly provided for by the gift economy of the literal and proverbial village are today more often being bought and sold. Social relationships mirror wage relationships in structure and tone (that is, they are unequal), but without the explicit clarity of a wage relationship. One of the most important feelings the market can sell us, she observes keenly, is the feeling of being authentically out of the market. Never before has “a language developed that so seamlessly melded village and market — as in ‘Rent-a-Mom,’ ‘Rent-a-Dad,’ ‘Rent-a-Grandma,’ ‘Rent-a-Friend’ — insinuating itself, half joking, half serious, into our culture.” The timeline for this melding is imprecise, but it falls suspiciously along the lines of Hochschild’s lifespan. Here’s her version of the story: “In 1910, a quarter of Americans lived in metropolitan areas, and by 2000, 80 percent did. Now more urban, Americans continued to express some village ethic of ‘just do’ with neighbors, friends, and co-workers. But for an increasing number, family became their village.” A few broad transformations — the rise of the working woman, the increase in divorce, and the growing insecurity and stress of the workplace “greatly undermined the family’s ability to take care of itself. The homemakers of yesteryear became the working women today . . . so who now would care for the children, the sick, the elderly?” 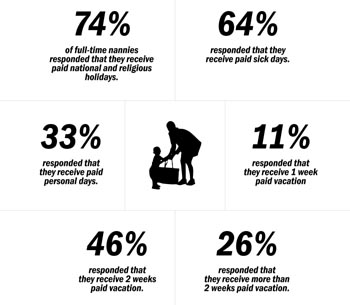 A good question — but hardly a new one, and Hochschild’s recurring depictions of her childhood home in a Northeastern farming town are not any kind of answer, only a nostalgic monument to an idealized past (the “pre-market way of life”) in which, she imagines, a collectivist attitude inspired neighbors to fill gaps in care by “just doing” for each other. Until she was ninety-four, Elizabeth’s needs were met, Hochschild says, by dinner invitations from the family up the hill and kind relatives who offered to take out her recycling and wash her hair. It’s clear she sees the agrarian society of the old country cottage as the vastly preferable alternative to the “encroachment” of market society that has made Americans myopically focused on results over process and dependent on transactions, rather than favors, to obtain them. But when Elizabeth develops a hernia that requires constant care, Hochschild recognizes that she faces a “care crisis” of her own: “I couldn’t quit my family and job in California to care for her in Maine. I couldn’t ‘just do.’”

Read more in the new issue of Dissent