The strategy of the institutional antiabortion movement over the last fifty years has been to overturn the Supreme Court’s creation of a constitutional right to abortion and then change the state laws that govern the practice of abortion so as to make them more strict. This strategy was nominally aimed at reducing the number of abortions in the United States, but antiabortion movement leaders have seemed largely uninterested in the question of how much it would actually do that.

We recently got some initial answers to this question, courtesy of an impressive data collection effort undertaken by the Society of Family Planning (SFP). In April of this year, prior to the Dobbs decision overturning the constitutional right to an abortion, the SFP began collecting monthly data from 79 percent of abortion providers in the country. With this data, they have been able to estimate the number of abortions being conducted in each state every month between April and August of this year.

There are two main reasons to doubt that the overturn-then-restrict strategy of the antiabortion movement would make much of a dent in the number of abortions being conducted in the United States. 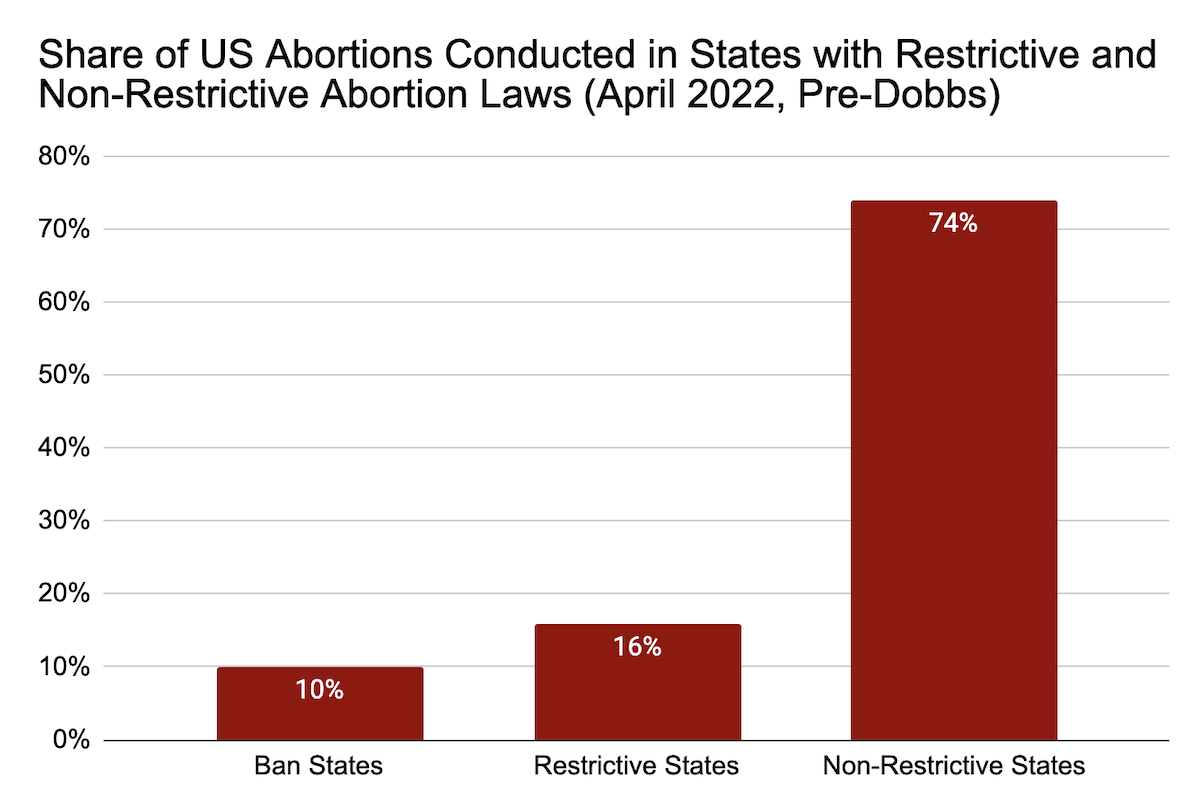 The second reason is that abortion seekers have three ways of getting an abortion: 1) through a formal provider in their own state, 2) through a formal provider in another state, and 3) informally, such as by acquiring mifepristone or misoprostol without a prescription. Yet state laws can only really restrict the first option. When that option is closed down, many abortion seekers will opt for travel or informal methods. 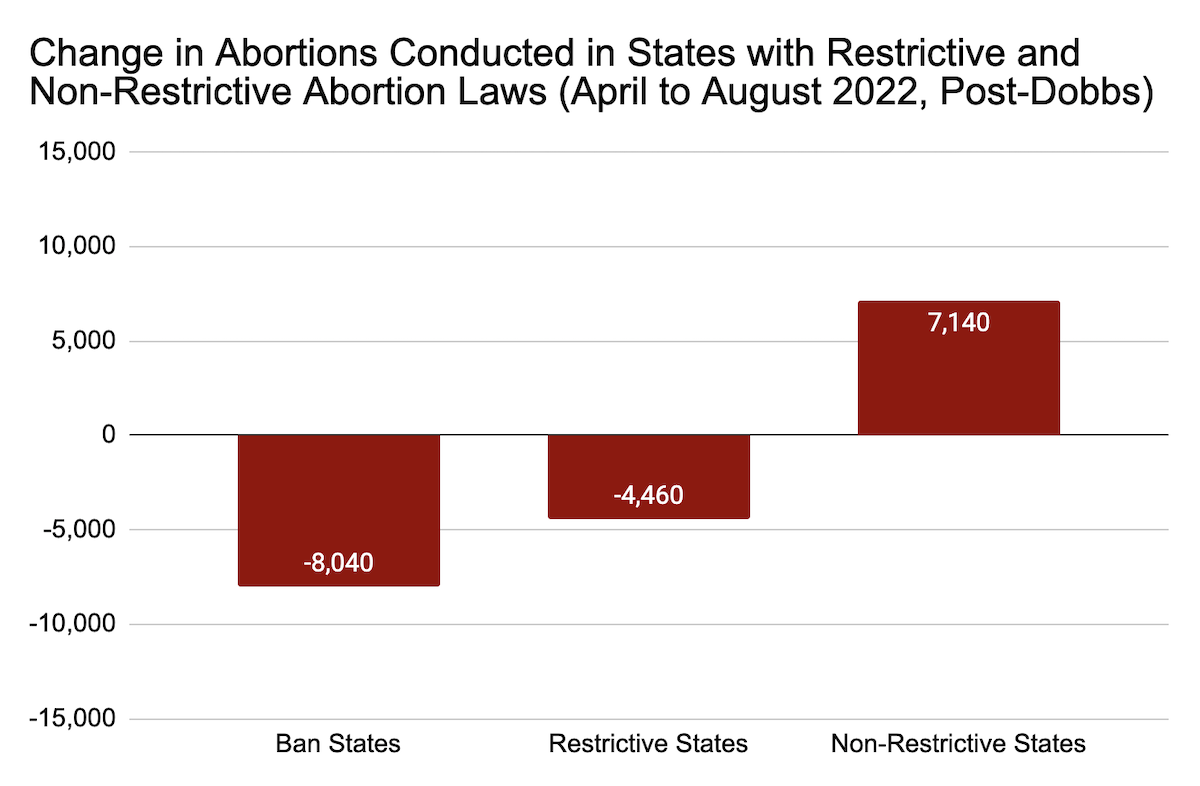 From this, we can see that most abortion seekers who are affected by bans or restrictions in their own states still get an abortion by traveling to another state.

After accounting for the increase in abortion in nonrestrictive states, the total abortion reduction from April to August is only 5,360 per month, which is equal to around 6 percent of pre-Dobbs abortions. And many of those 5,360 missing abortions probably did occur through informal methods, like abortion pills acquired without a prescription, that escape this kind of tracking.

So, in the final score, the overturn-then-restrict policy strategy of a fifty-year-old generational struggle accomplished less than 6 percent of its nominal goal, a number that is likely to decline further as information about travel and pill alternatives becomes more widespread. For comparison, the number of annual abortions declined by over 40 percent in the thirty years prior to Dobbs.