Every month, I release a report on the Starbucks unionization drive (see May 2022, June 2022) using data from the National Labor Relations Board supplemented by data from More Perfect Union. This is the report for July 2022.

In July, the Starbucks Union filed 52 unfair labor practice (ULP) charges against Starbucks, bringing the total number of ULP charges to 276. These charges typically allege that Starbucks has engaged in retaliation of one sort or another.

The Starbucks Union won twenty-three union elections last month, which increased the size of the union by around 578 workers. At the end of July, the Starbucks Union had successfully organized 208 stores covering around 5,588 workers.

Also in July, the union filed for fourteen new elections. Based on the current win rate and average unit size, these fourteen stores will eventually yield around eleven victories covering 304 Starbucks workers.

Overall, what the July data shows us is that the Starbucks union drive is slowing down. This was already apparent a few months ago when the rate of new elections being filed for began declining. But it took a few months for the election-filings decline to result in an election-victories decline because the NLRB was still working through a huge backlog of Starbucks elections that had been filed earlier this year. That backlog is mostly gone, and so the rate of election victories is now constrained by the rate of election filings rather than the NLRB’s capacity to process the cases.

Of course, even with the decline, the rate of growth is still impressive. Prior to this year, nobody would have believed that a Starbucks union could organize a new store every few days. And yet that is what the Starbucks union did last month. 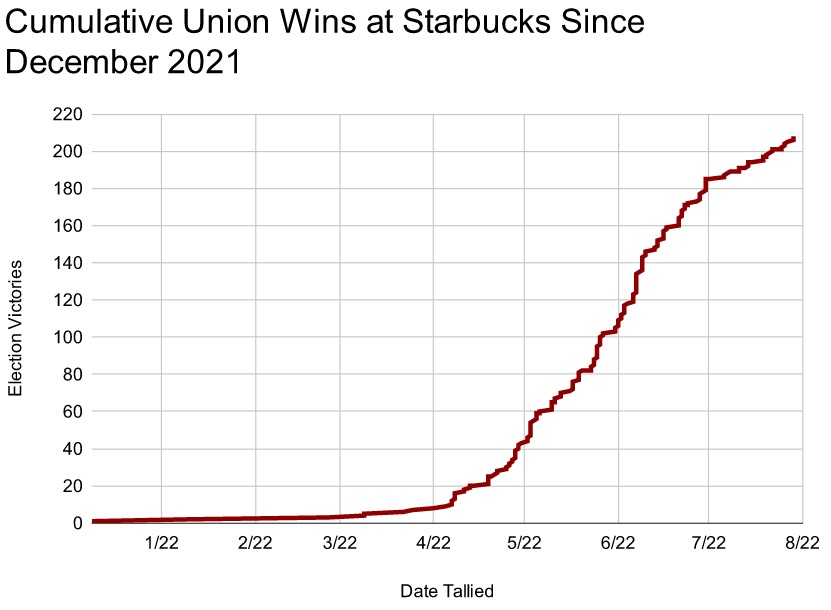 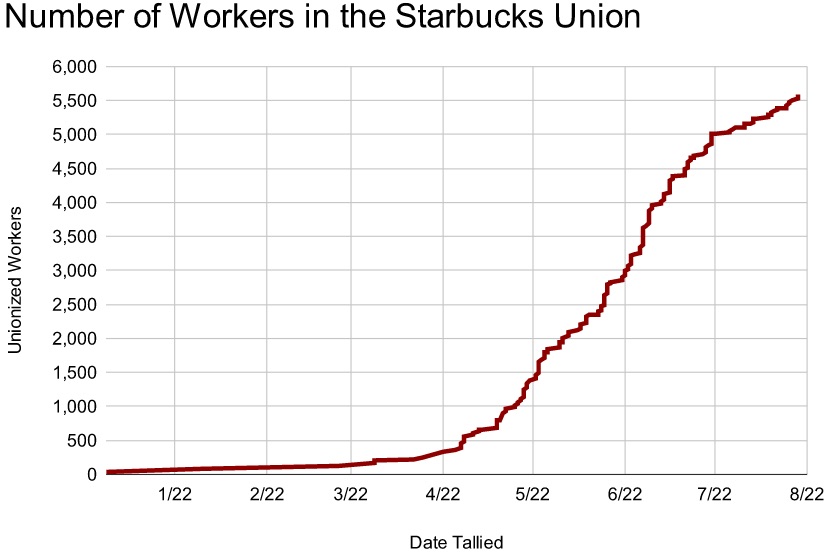 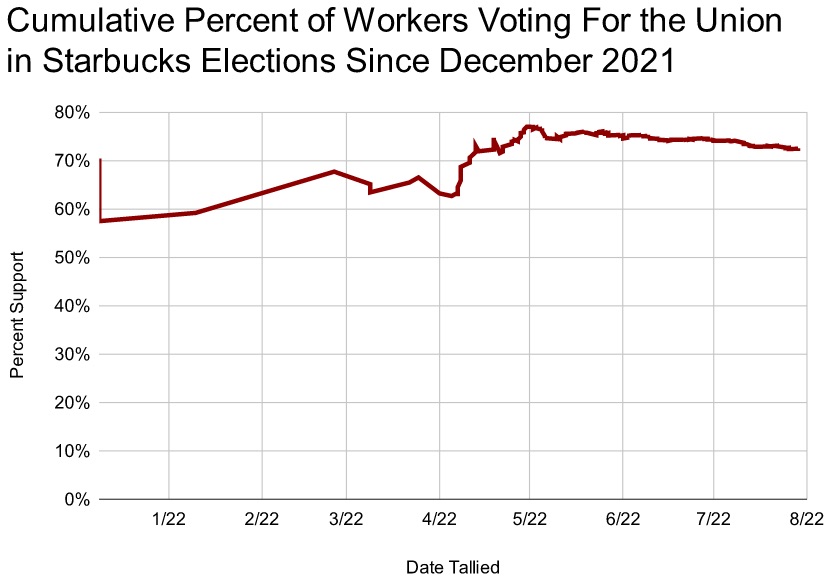 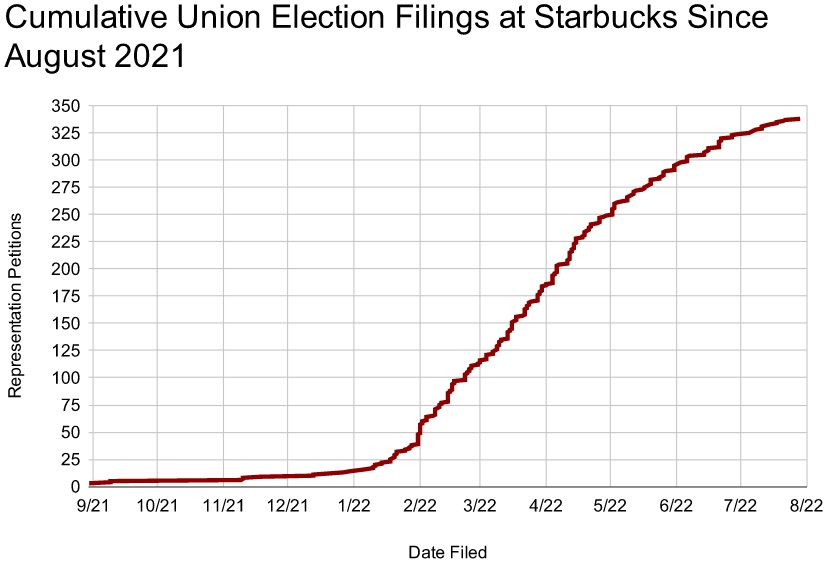 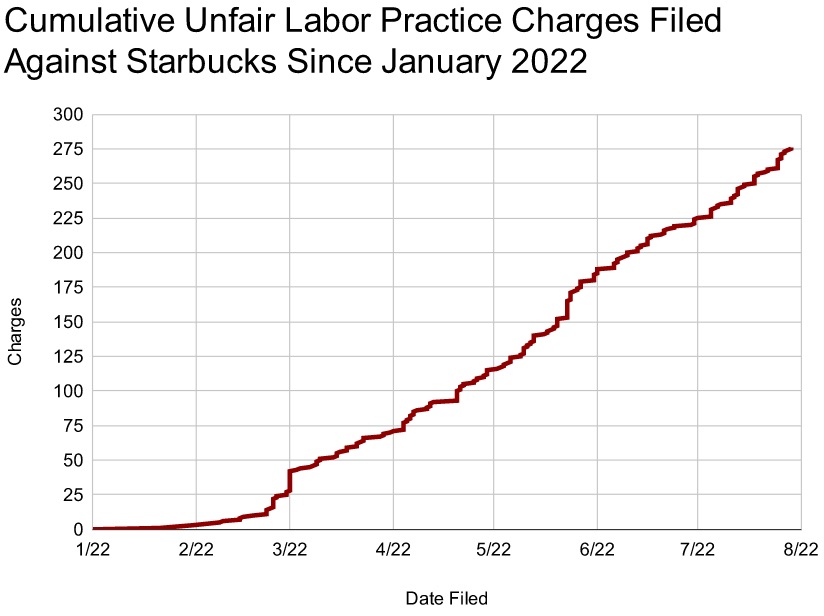 By the end of July, the Starbucks Union had won elections in 132 cities across 33 states. 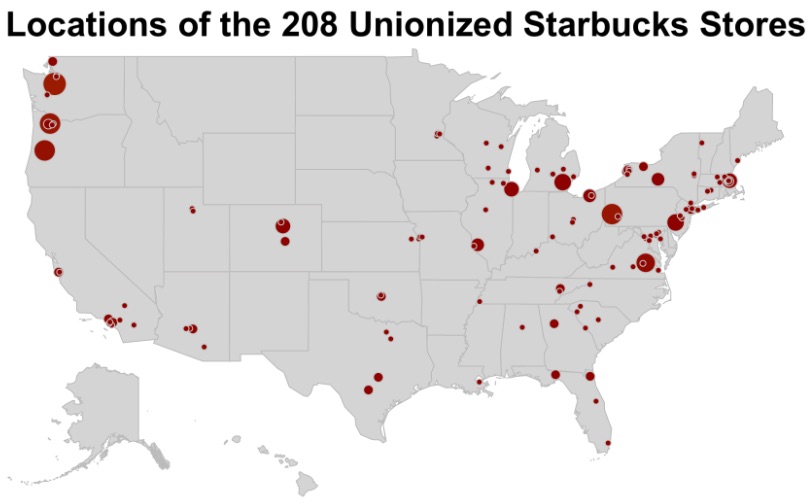 Seattle continues to lead the pack with nine stores. The newest city to make the list, added on July 29, is Dallas, Texas.