One of the major historical rationales for the welfare state has been equalizing living standards between similar families with different numbers of workers and dependents. Around the 1970s, this rationale began to fall out of the welfare state discourse, and these days you rarely hear anyone talk about it.

This is a shame, because the horizontal equality case for the welfare state is extremely strong and also helps explain why the welfare state should feature universal benefits rather than means-tested benefits.

To help communicate this argument for the welfare state, I asked Jon White to recreate an old welfare state diagram from 1940s Switzerland. 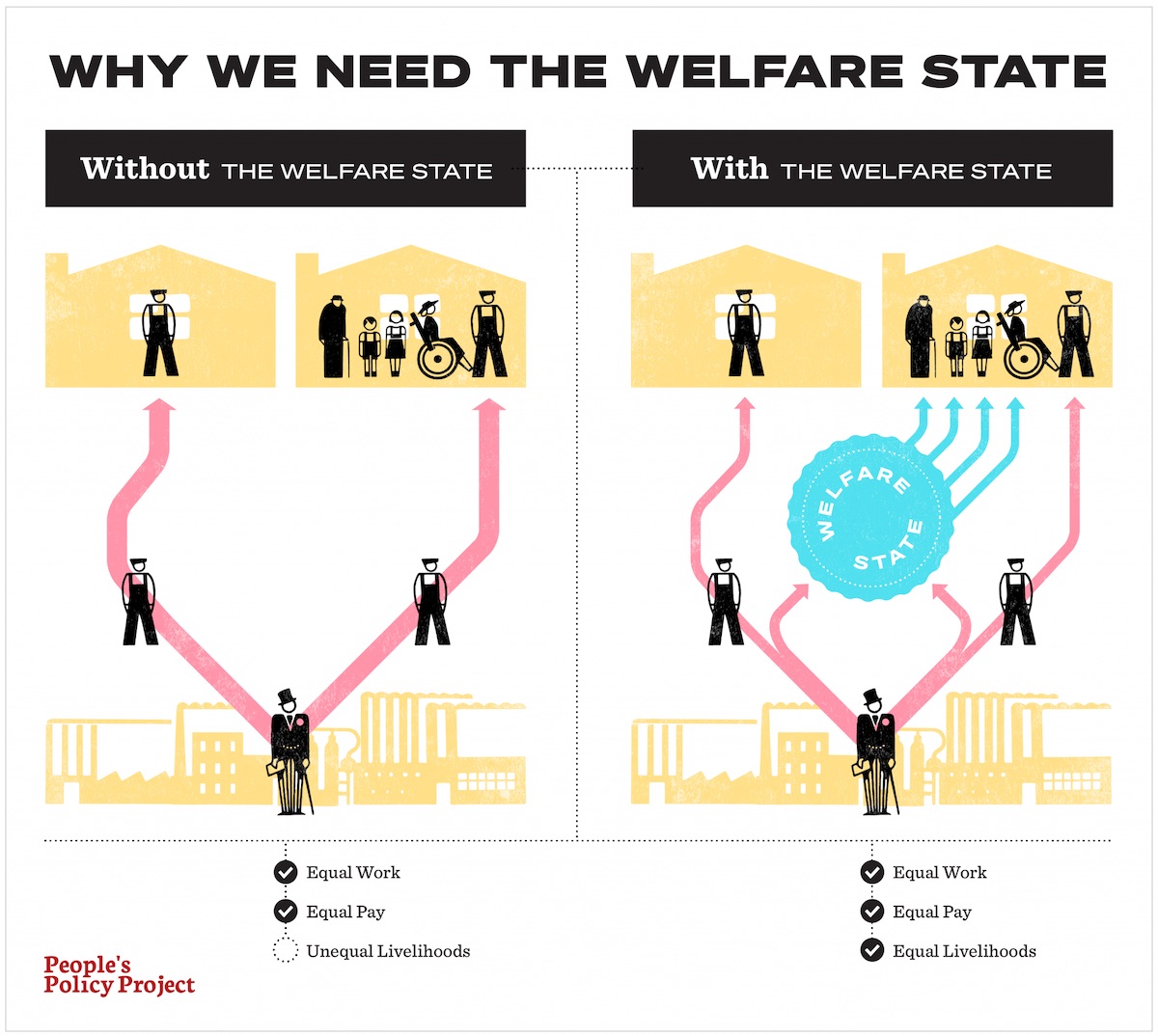 In the first panel of the graphic, we see two identical workers who do equal work and receive equal pay. One worker lives alone. The other lives with an elderly father, a disabled spouse, and two kids. Because the latter worker has to stretch his pay across five people while the former worker only has to stretch his pay across one person, the two identical workers have very unequal livelihoods.

In the second panel, the welfare state comes in to fix this problem. Some of each worker’s pay is redirected into a central welfare state, and then that welfare state pays out benefits to the elderly parent (old-age pension), the disabled spouse (disability benefits), and the children (child allowance). The welfare state thereby ensures that the two workers now enjoy equal livelihoods.

Certain leftists who are skeptical of the welfare state will see the above graphic and say that the problem is actually the rich capitalist on the bottom. If we toppled him, then we wouldn’t need a welfare state. But this isn’t true. Consider the following graphic in which the employer at the bottom is no longer a factory run by a rich capitalist who profits handsomely but is instead run by the state or run as a worker co-op. 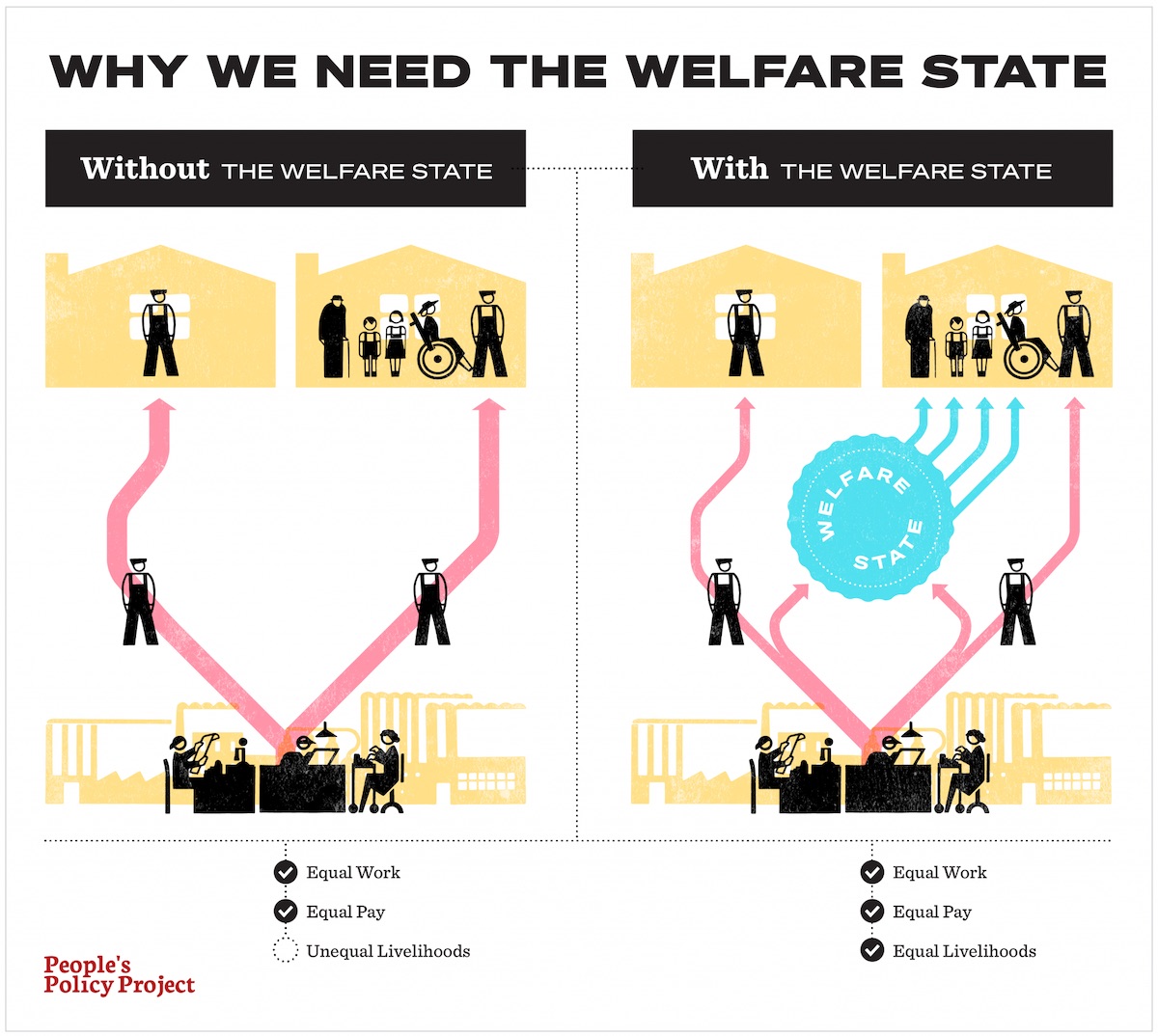 Despite the change in ownership, the problem of these two workers having unequal livelihoods remains the same. Even if all the profits of the firm are redistributed down to the workers, it’s still the case that the worker who lives alone has vastly more income on a per-person basis than the worker who lives with an elderly father, a disabled spouse, and two kids. Only a welfare state that transfers income from workers to nonworkers, and thereby enacts net transfers from households with few nonworkers to households with many nonworkers, can fix this particular source of inequality.

This is not to say that there is no difference between a privately owned company, a state-owned enterprise, and a worker co-op. There are huge differences between them, including differences that have big effects on the distribution of income in society. But these differences do not solve the problem that the welfare state solves.

Payments to capital and labor do not take into consideration differences in household composition, and so they can never be reformed in a way that generates an egalitarian society. You can make pay differences between workers smaller. You can also redistribute income from capital to labor. But if you want to make sure that the final income distribution is sensitive to differences in household composition, there is no substitute for a universal welfare state.