According to Tara Golshan and Arthur Delaney, one of Joe Manchin’s objections to providing cash benefits to the children of low-earnings parents is that those parents would waste the money on vices:

Publicly, his biggest gripes are about the cost of the bill. But privately, Manchin has told his colleagues that he essentially doesn’t trust low-income people to spend government money wisely.

In recent months, Manchin has told several of his fellow Democrats that he thought parents would waste monthly child tax credit payments on drugs instead of providing for their children, according to two sources familiar with the senator’s comments.

This is a common objection to these kinds of benefits in society, but not one you usually hear in elite political discourse. It also happens to be a baseless objection that neither reflects the reality of what happens when you provide people cash benefits nor solves the problem of irresponsible parents.

The best research we have on how a family’s spending changes when it receives child benefits comes from Canada. There, researchers Lauren Jones, Mark Stabile, and Kevin Milligan used Canadian income and consumption data to see how family spending differed across different regions that had different child benefit levels. 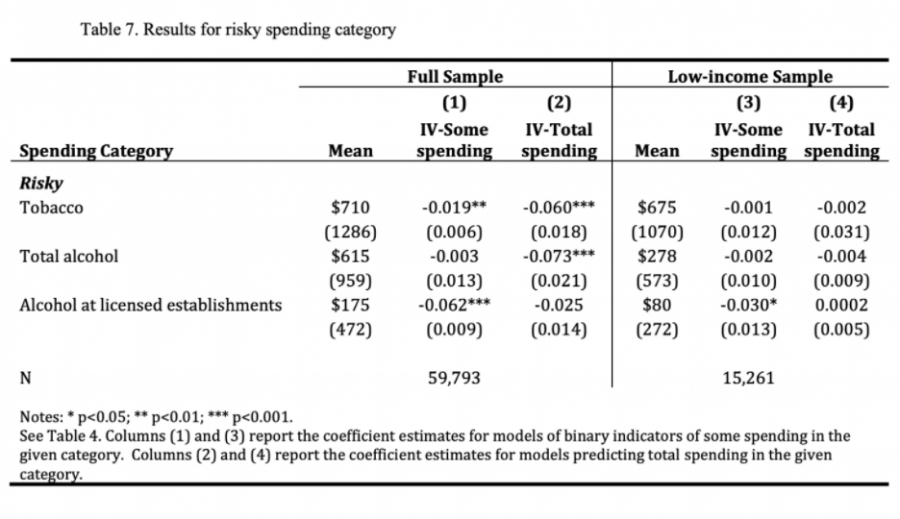 They found that receipt of child benefits caused families to reduce spending on tobacco and alcohol. Specifically, a one dollar increase in child benefits was associated with a six cent reduction in tobacco spending and a 7.3 cent reduction in alcohol spending. For low-income families, the researchers’ model also found reductions in tobacco and alcohol spending, but the difference was not statistically significant. Thus, for low-income families, we cannot say that spending on those categories decreased, but we can say that it did not increase.

In a country with over 70 million children in it, there are of course some parents who have problems with things like alcohol, drugs, and gambling. And some of those parents have problems so severe that they may not be fit to parent.

Crucially, these kinds of spending problems have nothing to do with benefit incomes. A parent in the grip of addiction can squander a paycheck just as easily as they can squander a welfare check. The issue is not the source of the income but rather how the income is being spent.

We have institutions, namely Child Protective Services, that are supposed to locate parents with these kinds of spending problems and, if necessary, separate them from their children. CPS does not always do a good job and could definitely benefit from reform and better funding. But CPS is the appropriate mechanism for solving this particular problem.

By contrast, cutting child benefits does nothing to address the problem of bad parents. It does not separate their kids from them. It does not intervene to try to help the parent get better. It just leaves these dysfunctional families exactly as they are while making them poorer. This does not help anyone. It makes things worse.