When GOP lawmakers pushed their tax bill through Congress late last year, they made sure to include a long-standing item on their wish list: an end to the Affordable Care Act’s “individual mandate” penalty, which charged tax filers a fee for not having health insurance.

The penalty was part of the ACA’s “three-legged stool.” The law forced insurers to meet coverage minimums and prohibited them from discriminating on the basis of preexisting conditions, opening up the individual insurance market to millions who had been all but barred from it. The bill compelled every American to sign up for coverage, thereby creating a pool of both sick and healthy people and spreading risk among as large a population as possible. And it set up subsidies to defray premium costs for low- and middle-income enrollees, making the mandate less burdensome.

Many Democrats worried that killing off the mandate penalty would undermine Obamacare, allowing too many healthy people to leave the market, thereby making the insurance pool more expensive to cover. The policy architect of Obamacare penned an op-ed in Fortune portraying the mandate as a linchpin of the law.

Republicans, meanwhile, celebrated the law’s demise. Rip out the mandate penalty, they reasoned, and the three-legged stool would start wobbling. Donald Trump went so far as to claim the end of the provision amounted to a repeal of the ACA.

Although they were on opposing sides, liberal supporters and conservative detractors shared a common premise: each framed the purchase of health insurance as a rational choice over which individuals enjoy full agency, and built their policy prescriptions atop that assumption.

From the conservative point of view, some people simply don’t want health insurance — perhaps because they prefer iPhones or enjoy living on the edge — and their vulnerability to catastrophe is therefore of no societal concern. Liberals, on the other hand, agree that some people simply don’t want insurance, but conclude that they ought to be whacked with a legislative stick until they do. “The goal,” as Vox’s Matthew Yglesias put it after the tax bill passed, “should be to set a fine so high you have no fine revenue.” 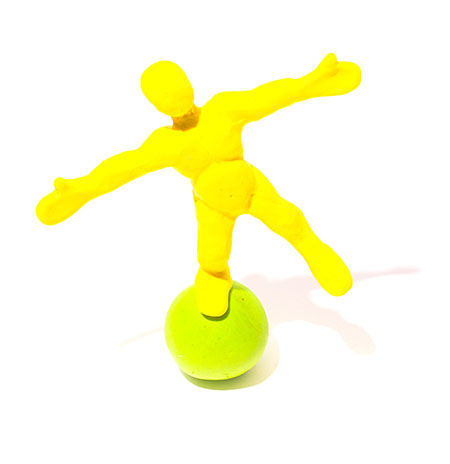 Obamacare’s defenders invoke a hypothetical rich, young, healthy person who skips out on insurance because she feels immortal. Yet few lack coverage because they truly don’t want access to health care — they lack it because they’re financially struggling. Only 2 percent of uninsured people cite “don’t need or want” as the reason they’re not covered.

Similarly, there’s little reason to believe that those who did gain coverage through the ACA marketplaces did so only because of the mandate. More likely is that they’d wanted insurance all along, and the ACA made it easier to obtain.

And yet this blinkered understanding — this urge to fix the health care system by tweaking individual incentives and optimizing consumer choices — is imprinted all over the ACA. Millions of dollars are spent on marketing to make sure people grasp the law. In-person outreach is used to encourage people to act responsibly enough to get covered. The result is supposed to be a system populated by rational, prudent consumers choosing from competing insurers in a smoothly flowing marketplace.

The actual experience of the average consumer is far different. Most sign up during “open enrollment” periods — year-round sign-ups could entice too many uninsured ill people with the potential to gum up insurers’ actuarial calculations — and, after inputting proof of income, are greeted by an endless procession of metallic-colored plans, each of which comes with its own pricing scheme and menu of providers. That’s the best-case scenario. In many places, the main problem isn’t mind-numbing complexity, but an utter lack of competition: more than half of counties in the US only have a single insurer on the marketplace.

The lackluster state of the Obamacare framework hasn’t prevented commentators from zeroing in on consumer decisions. This year, a combination of price volatility and increased subsidies made individual market premiums especially unpredictable, sparking a broad chorus of media commentators encouraging people to “shop around” for the best plan. Among them was the Nobel Prize–winning behavioral economist Richard Thaler, who treated New York Times readers’ question — why do so many people choose the wrong health plans? — as if it had an obvious answer. Thaler drew on data from multiple studies that investigated how often people select a suboptimal health insurance package, including one study from the University of California at Berkeley that examined the decisions made by people tasked with choosing between forty-eight different options with a distinct combination of deductibles, co-pays, coinsurance, and maximum out-of-pocket costs.

Absent, of course, from Thaler’s column was any suggestion that the reason people have trouble navigating the insurance market might be that the whole process is a byzantine hellscape. Sorting through dozens of insurance plan pricing structures would be a source of intense frustration for practically anyone, and the fact that research shows that people select poorly ought to indicate that maybe, just maybe, we shouldn’t shove people through the process in the first place. Instead, Thaler, in his wonkish wisdom, suggested a simple fix: a high-deductible plan with comparatively lower premiums. This, he insisted, is the best choice for most “consumers,” who often fail to pick such plans because of things like inertia, bad math, and deductible aversion.

Given the outsized emphasis on individual agency over systemic overhaul, it should come as little surprise that people have found themselves shouldering a growing share of health care costs. Just as the individual mandate strives to shove rich-but-risky scamps into the health insurance system, so too does cost-sharing strive to engineer more responsible consumers of care. Enter the deductible.

First introduced in 1921 for automobile insurance, the deductible — along with patient co-pays for doctors’ visits and drug prescriptions — began cropping up in commercial health insurance plans in the 1940s. Cost-sharing techniques tended to boost insurers’ bottom lines, and were often lauded for the same reason high-deductible plans earned Thaler’s praise — they could minimize costs, so long as people didn’t use any care.

Beginning in the 1970s, neoliberal health policy wonks started to see cost-sharing as a valuable tool to “bend the cost curve,” as Barack Obama would later put it. The idea was that patients ought to have “skin in the game” — if you’re not shelling out your own money, what’s to stop you from getting stitches for a skinned knee, or rushing out to the doctor for sniffles? It’s a notion that tracks with the primary tenets of the ACA — what, after all, is the individual mandate but a cudgel to convince semi-mythical patients (like the so-called “young immortals”) to be more rational consumers?

As insurers struggle to maximize profits amid ACA rules preventing their most barbaric tricks (say, lifetime caps on payouts) they’ve ramped-up cost-sharing. Some 40 percent of Americans now hold a high-deductible plan. Their situation is far less rosy than the one Thaler may have envisioned: around 37 percent of them have foregone care due to high out-of-pocket costs, with little distinction between necessary and frivolous treatments. Smaller user fees like co-pays have an impact on lower-income patients, whose health outcomes deteriorate when charged even modest amounts at the point of use.

Cost-sharing has become so burdensome that the Commonwealth Fund estimates around one-quarter of American adults are underinsured — that is, they have insurance but can barely afford to use it. The prevalence of such shoddy insurance plans directly undercuts ACA supporters’ praise that the law extended coverage to some 90 percent of Americans, millions of whom remain intensely vulnerable to financial ruin after a medical episode. Around 70 percent of those with medical debt had insurance at the time they incurred it — subjecting them to stress loads that may further harm their health.

The Commonwealth Fund estimates around one-quarter of American adults are underinsured — that is, they have insurance but can barely afford to use it.

While underinsurance is a particularly acute problem on the ACA exchanges, where the average deductible soared by 16 percent in 2016, cost-sharing has also risen in employer-based plans. This development has opened up still more ways to mold enrollees into more ideal users of health care: so-called “workplace wellness” programs allow bosses to push workers through hoops like online fitness modules to prove they deserve to pay default plan rates, while their less healthy or more time-strapped colleagues are saddled with higher premiums. Employers are also able to extract higher payments from employees who fail to take steps to quit smoking or lose weight. Given the constantly shifting costs from insurer to employer to employees themselves, many likely feel they have little choice but to follow orders and avoid higher rates. And for those whose deductibles are still too high, perhaps their workplace offers a “health savings account,” or HSA — an untaxed nest egg to make it easier to save and pay for out-of-pocket health costs. 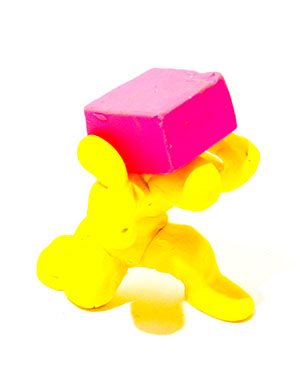 In short, macro-level failures can by conquered by individual prudence. Your insurance future is in your hands. These are fundamentally conservative ideas, which helps explain why, for instance, expanding HSAs is a central tenet of so many Republican reform proposals. It’s also why many Republican-controlled states are currently pushing to make Medicaid benefits contingent on proof of outside work, or to increase cost-sharing for recipients well below the poverty line.

But it’s hard to blame the idea of individual bootstrapping in health care solely on the GOP when Democrats so ardently praise the accessibility of bronze ACA plans, with their measly 60 percent actuarial values, or mourn tax penalties levied on people for failing to purchase insurance they couldn’t even afford to use. In 2016, around twice as many Americans qualified for an exemption to the mandate penalty than were forced to pay it — just another indication of the sheer impossibility of including everyone in a system built one consumer choice at a time.

If the architects of the Affordable Care Act wanted a universal health care system, they never built the infrastructure to realize it. The law is an intricate web of incentives — geared toward individuals and the for-profit companies that guard society’s theaters of life and death. In a genuinely universal system, everyone would be able to receive the treatment they need, divorced from financial burden or the stress of choosing between health care and school supplies. In the US, where policymakers focus on sculpting better consumers, risk is all most Americans can afford.